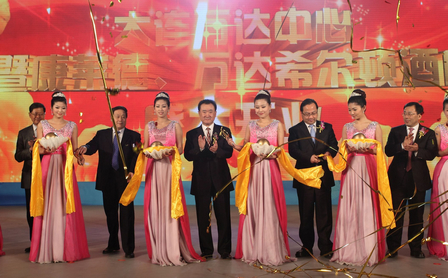 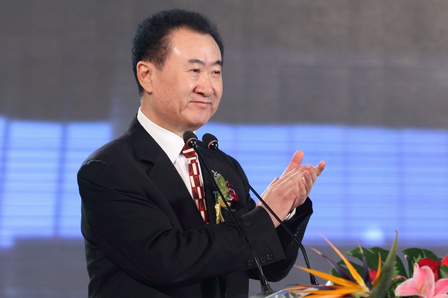 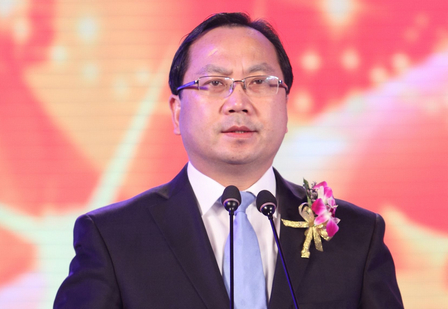 Tang Jun, Secretary of the Dalian Municipal Committee, Spoke on the Ceremony 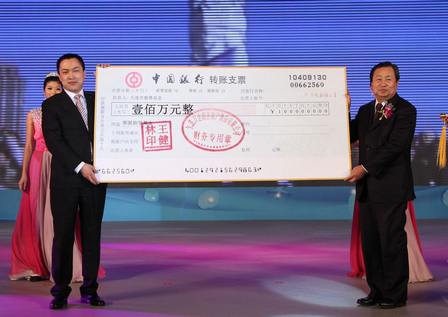 The Dalian Wanda Center boasts a total area of 480,000m2, composed of 5 ultra-high-rise buildings, each about 200m tall. The Center includes the super five-star Conrad Hotel and the five-star Wanda Hilton Hotel, as well as an international top-class office building, and top-class luxury residence. The buildings in one fell swoop raised Dalian to the world-class level in terms of offices, hotels, and luxury residences. As the first project opened in Dalian Donggang Business Financial District, the Dalian Wanda Center, and its close neighbour, the World summer Davos Forum, are permanent instalments - the Dalian International Convention Center together with the International Cruise Terminal constitute the core of the Dalian Donggang Business Financial District, becoming landmark buildings in China and the world, and represent the credibility and status of Dalian, thereby significantly enhancing Dalian's image on the international image.

Currently, Wanda has already established investment projects in over 60 cities in China, but Dalian, in particular, has always been a key investment city for Wanda. Also, with the growth of enterprises' strength, Wanda continues to increase investment, and, in order to give back to its hometown, it creates its most exciting projects in Dalian. Just as the Dalian Wanda Center has China's best urban business hotels and office buildings, the Dalian High-tech Wanda Plaza, which is currently under construction, is a treasure amongst nation-wide Wanda Plazas - an A-level shopping center. The Dalian Jinshi International Resort is Wanda's largest resort investment, and includes the world's highest "stage show", the world's largest indoor amusement park, and the world's largest film and television culture park. These projects have been opened one after another and are bound to enhance Dalian's business, commercial, cultural, and tourism to the world-class level.